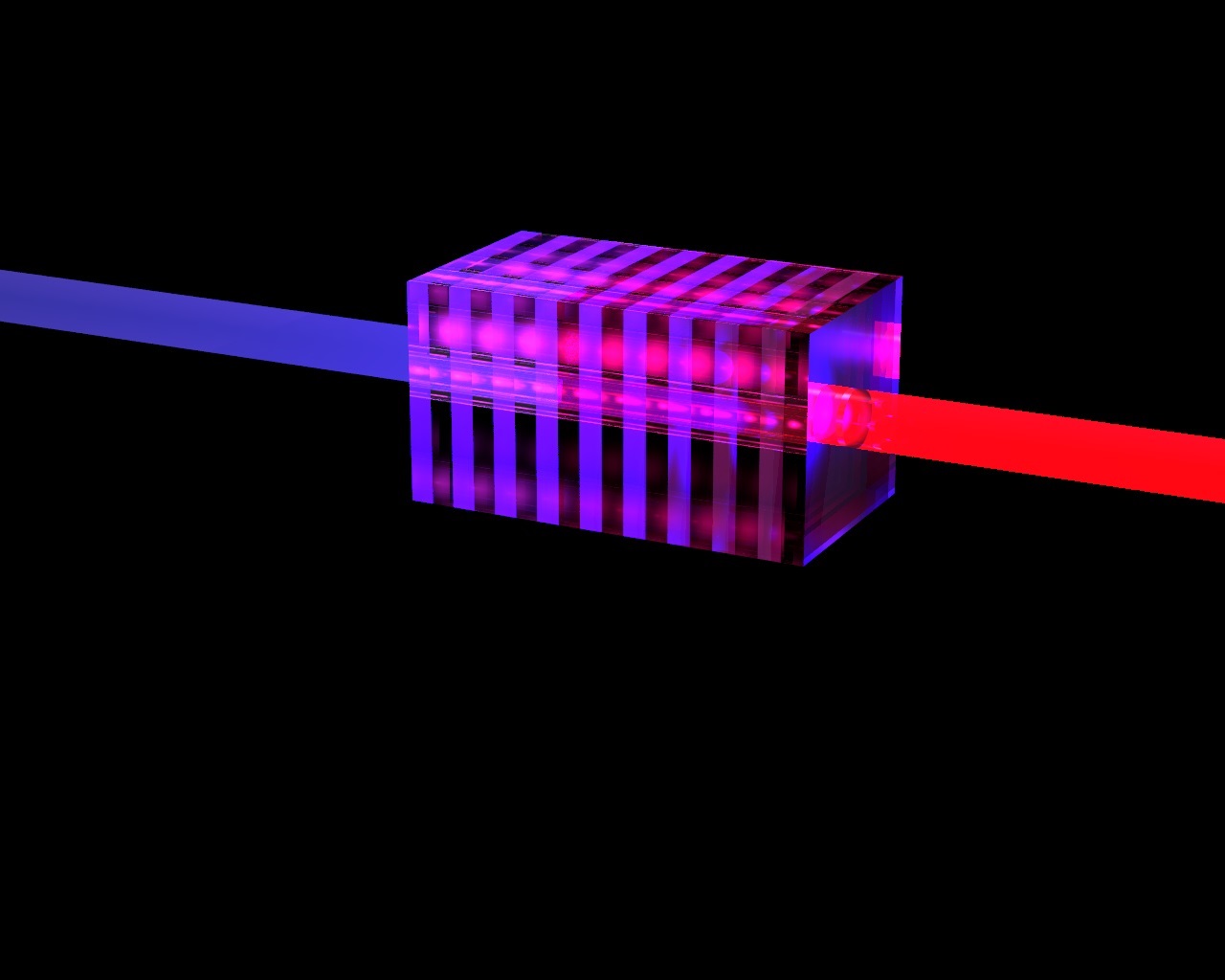 Manipulating the crystal structure of the light source for getting better photons out of it. Credit: University of Twente

Fifty is a critical number for quantum computers capable of solving problems that ‘classic’ supercomputers cannot solve anymore. Proving ‘quantum supremacy’ requires at least 50 so-called ‘qubits’. For quantum computers working with light, it is equally necessary to have at least 50 photons. And what’s more: these photons have to be perfect, or else they will worsen their own quantum capabilities. It is this perfection that makes it hard to realize. Not impossible, however: scientists of the University of Twente demonstrate that by proposing modifications of the crystal structure inside existing light sources. Their findings are in Physical Review A.

Photons are promising in the world of quantum, with its entanglement, superposition and interference. These are properties that ‘qubits’ have as well. They enable building a computer that operates in a way that is entirely different from making calculations with ones and zeroes. For many years now, quantum computers are expected to be able to solve very complex problems, like instantly calculating all vibrations in a complex molecule. The first proof of ‘quantum supremacy’ is already there, done using superconducting qubits and on very complicated theoretical problems. About 50 quantum building blocks are needed as a minimum to make the difference. This is the same if you would use photons instead of qubits. Using photons may have advantages over qubits: they can operate at room temperatures and they are more stable. There is one important condition: the photons have to be perfect in order to get to the critical number of 50. In their new paper, UT scientists demonstrate that this is feasible.

THROWING AWAY PART OF THE PHOTON

But what is a perfect photon anyway? The photon light source may be lossy, so a ‘promised’ photon will not appear. But you could also lose a photon – and thus the outcomes - moving through a set of light conducting channels for quantum calculations. The main cause of imperfection, however, is that the light source produces photons that are slightly different, while in fact they should be perfectly the same. Imagine a photon pair that comes out of the light source, of which one is red and the other is a bit more orange. They have a lot, but not enough, in common. Using a filter to make them both red seems obvious. But you will lose part of the photon, thus making quantum calculations impossible as the imperfections remain coupled. Or, even if the system can deal with some imperfection, the number of 50 is never reached: off goes supremacy.

The researchers went back to basics: to the light source, for finding out if there is room for improvement. They would like to improve the crystal structure of the light source. By ‘playing’ with the preferred orientation in the crystals, and by dividing them into domains, it is possible to exactly give light the desired properties. For quite some years now, researchers have been working on fixed domains. Varying the domains, however is needed for better tailoring of the light properties. In many labs in the world, research is done on this way of manipulating light. The new publication adds a new way of optimizing the crystal, closer and closer towards perfect photons.

The research has been done in the Complex Photonic Systems group, part of UT’s MESA+ Institute and the new Centre for Quantum Nanotechnology Twente (QUANT). The research was done in collaboration with colleagues of the Integrated Quantum Optics group at the University of Paderborn.

The paper ‘Optimizing spontaneous parametric down-conversion sources for boson-sampling’, by Reinier van der Meer, Jelmer Renema, Benjamin Brecht, Christine Silberhorn and Pepijn Pinkse, was published in the latest edition of Physical Review A, one of the journals of the American Physical Society