100,000-fold enhancement in the nonlinearity of Si 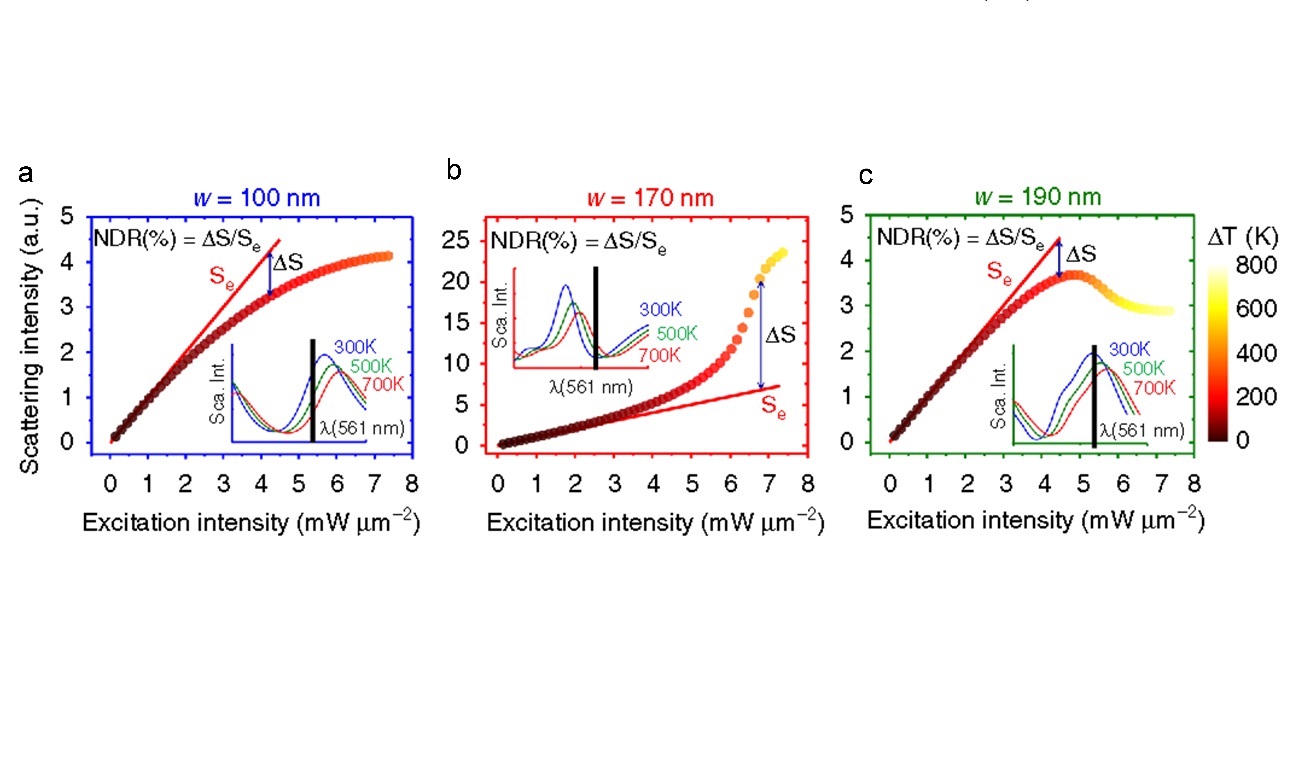 Fig. 1: Light scattering intensity in a silicon Mie resonator as a function of the excitation strength with resonator sizes of 100, 170, and 190 nm. The solid red lines show the corresponding linear responses.

A team of researchers led by Osaka University and National Taiwan University created a system of nanoscale silicon resonators that can act as logic gates for light pulses. This work may lead to the next generation of silicon-based computer processors that bridge the gap between electronic and optical signals.

Silicon is among the abundant elements in our planet - and is the basis for all modern computing. That is, from smartphones to mainframes, all computation happens based on electrical signals coursing through silicon transistors. Making switches and logic gates from electronic signals is easy, since voltages can control the flow of current in other wires. However, data on the internet is primarily sent as light pulses over fiber optic cables. The ability to control both data and logic completely with light on silicon could lead to much faster devices.

The challenge is that particles of light, called photons, hardly interact with each other, so pulses cannot switch each other on or off to perform logical tasks. Nonlinear optics is the field of study that works to find materials in which beams of light interact in some way. Unfortunately, the non-linearity of single crystal silicon is extremely weak, so in the past, it was necessary to use very intense lasers.

Now, scientists at Osaka University and National Taiwan University have increased the nonlinearity of silicon 100,000 times by creating a nano-optical resonator, so that all-optical switches can be operated using a continuous low-power laser. They accomplished this by fabricating tiny resonators from blocks of silicon less than 200 nm in size. Laser light with a wavelength of 592 nm can become trapped inside and rapidly heat the blocks, based on the principle of Mie resonance. “A Mie resonance occurs when the size of a nanoparticle matches a multiple of the light wavelength,” author Yusuke Nagasaki says.

With a nanoblock in a thermo-optically induced hot state, a second laser pulse at 543 nm can pass with almost no scattering, which is not the case when first laser is off. The block can cool with relaxation times measured in nanoseconds. This large and fast nonlinearity leads to potential applications for GHz all-optical control at the nanoscale. “Silicon is expected to remain the material of choice for optical integrated circuits and optical devices,” senior author Junichi Takahara says. 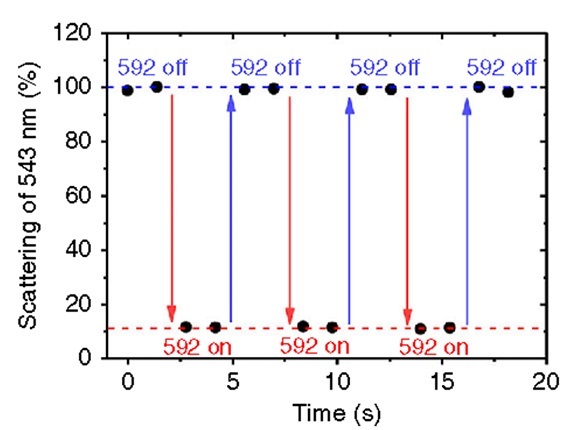 The current work allows for optical switches that take up much less space than previous attempts. This advance opens the way for direct on-chip integration as well as super-resolution imaging.