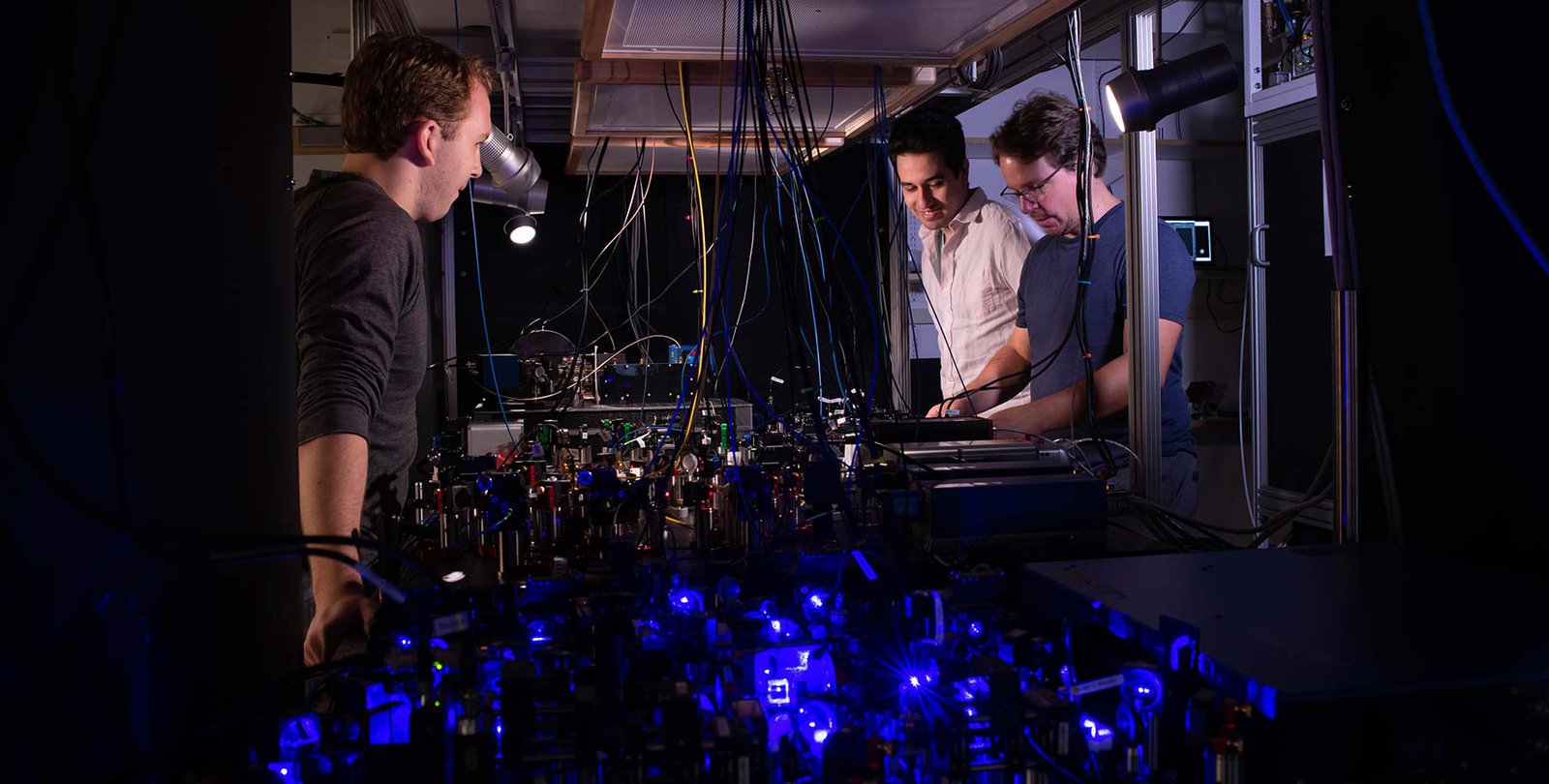 Atomic clocks are used around the world to precisely tell time. Each "tick" of the clock depends on atomic vibrations and their effects on surrounding electromagnetic fields. Standard atomic clocks in use today, based on the atom cesium, tell time by counting radio frequencies. These clocks can measure time to a precision of one second per every hundreds of millions of years. Newer atomic clocks that measure optical frequencies of light are even more precise, and may eventually replace the radio-based ones.

Now, researchers at Caltech and the Jet Propulsion Laboratory (JPL), which is managed by Caltech for NASA, have come up with a new design for an optical atomic clock that holds promise to be the most accurate and precise yet (accuracy refers to the ability of the clock to correctly pin down the time, and precision refers to its ability to tell time in fine detail). Nicknamed the "tweezer clock," it employs technology in which so-called laser tweezers are used to manipulate individual atoms.

"One of the goals of physicists is to be able to tell time as precisely as possible," says Manuel Endres, an assistant professor of physics at Caltech who led a new paper describing the results in the journal Physical Review X. Endres explains that while the ultra-precise clocks may not be needed for everyday purposes of counting time, they could lead to advances in fundamental physics research as well as new technologies that are yet to be imagined.

The new clock design builds upon two types of optical atomic clocks already in use. The first type is based on a single trapped charged atom, or ion, while the second uses thousands of neutral atoms trapped in what is called an optical lattice. In the trapped-ion approach, only one atom (the ion) needs to be precisely isolated and controlled, and this improves the accuracy of the clock. On the other hand, the optical lattice approach benefits from having multiple atoms—with more atoms there are fewer uncertainties that arise due to random quantum fluctuations of individual atoms.

The atomic clock design from Endres' group essentially combines the advantages of the two designs, reaping the benefits of both. Instead of using a collection of many atoms, as is the case with the optical lattice approach, the new design uses 40 atoms—and those atoms are precisely controlled with laser tweezers. In this regard, the new design benefits not only from having multiple atoms but also by allowing researchers to control those atoms.

Madjarov explains that, in general, the atoms in atomic clocks act like tuning forks to help stabilize the electromagnetic frequencies, or laser light. "The oscillations of our laser light act as a pendulum that counts the passage of time. The atoms are a very reliable reference that makes sure that pendulum swings at a constant rate."

The team says that the new system is ideally suited for future research into quantum technologies. The atoms in these systems can become entangled, or globally connected, and this entangled state can further stabilize the clock. "Our approach can also build a bridge to quantum computation and communication architectures," says Endres. "By merging different techniques in physics, we've entered a new frontier."

The Physical Review X paper, titled, "An Atomic Array Optical Clock with Single-Atom Readout," is funded by the National Science Foundation and the Air Force Office of Scientific Research. Other authors include: Alexandre Cooper-Roy, formerly of Caltech and now at the University of Waterloo; Adam Shaw, Jacob Covey, and Tai Hyun Yoon of Caltech; and Vladimir Schkolnik, and Jason Williams of JPL.