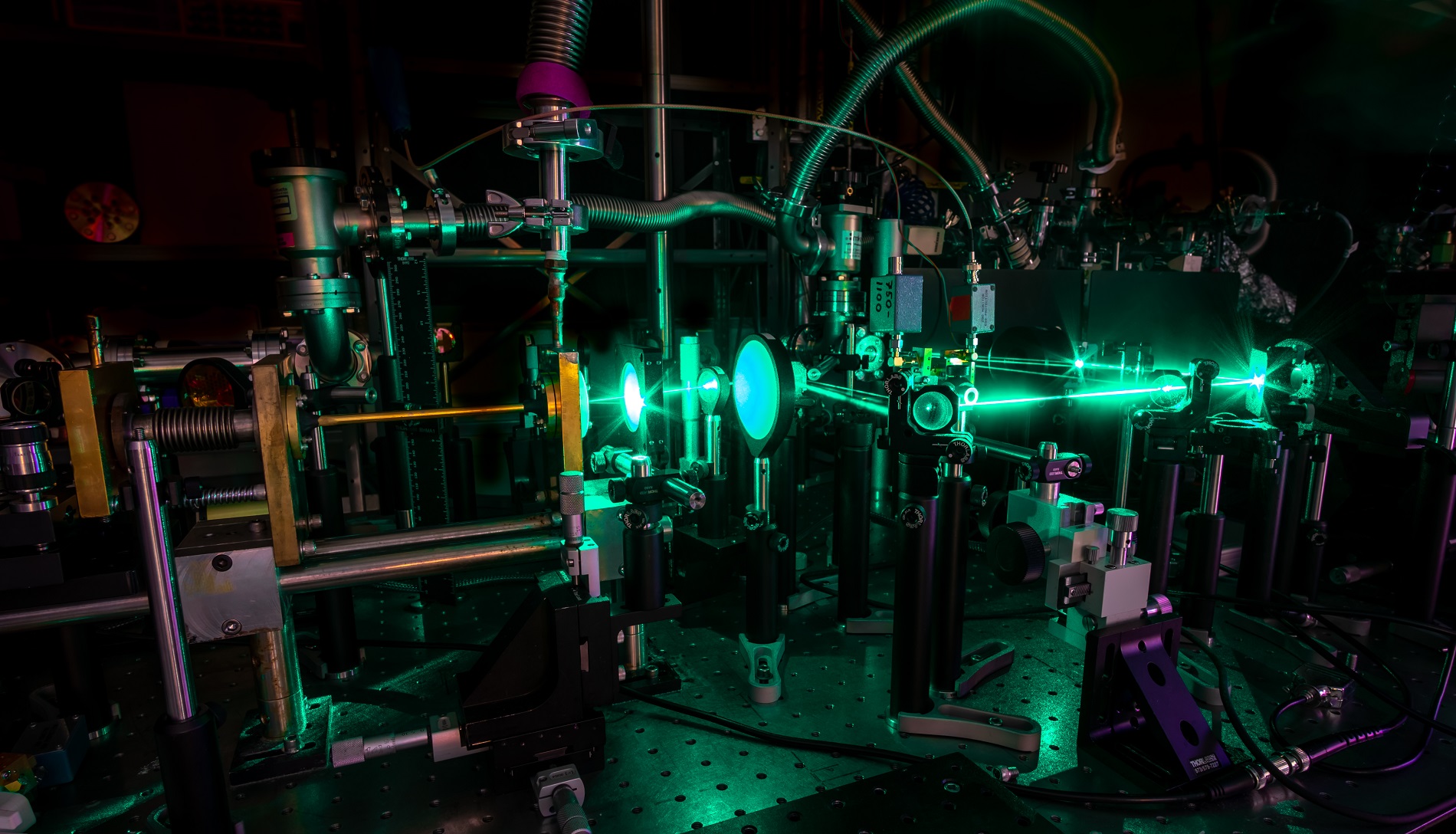 The terahertz frequency range – which sits in the middle of the electromagnetic spectrum between microwaves and infrared light — offers the potential for high-bandwidth communications, ultrahigh-resolution imaging, precise long-range sensing for radio astronomy, and much more.

But this section of the electromagnetic spectrum has remained out of reach for most applications. That is because current sources of terahertz frequencies are bulky, inefficient, have limited tuning or have to operate at low temperature.

Now, researchers from the Harvard John A. Paulson School of Engineering and Applied Sciences (SEAS), in collaboration with MIT and the U.S. Army, have developed a compact, room temperature, widely tunable terahertz laser.

The research is published in Science.

“This laser outperforms any existing laser source in this spectral region and opens it up, for the first time, to a broad range of applications in science and technology,” said Federico Capasso, the Robert L. Wallace Professor of Applied Physics and Vinton Hayes Senior Research Fellow in Electrical Engineering at SEAS and co-senior author of the paper.

“There are many needs for a source like this laser, things like short range, high bandwidth wireless communications, very high-resolution radar, and spectroscopy,” said Henry Everitt, Senior Technologist with the U.S. Army CCDC Aviation & Missile Center and co-senior author of the paper.

Everitt is also an Adjunct Professor of Physics at Duke University.

While most electronic or optical terahertz sources use large, inefficient and complex systems to produce the elusive frequencies with limited tuning range, Capasso, Everitt and their team took a different approach.

To understand what they did, let’s go over some basic physics of how a laser works.

In quantum physics, excited atoms or molecules sit at different energy levels — think of these as floors of a building. In a typical gas laser, a large number of molecules are trapped between two mirrors and brought to an excited energy level, aka a higher floor in the building. When they reach that floor, they decay, fall down one energy level and emit a photon.  These photons stimulate the decay of more molecules as they bounce back and forth leading to amplification of light. To change the frequency of the emitted photons, you need to change the energy level of the excited molecules.

So, how do you change the energy level? One way is to use light. In a process called optical pumping, light raises molecules from a lower energy level to a higher one — like a quantum elevator. Previous terahertz molecular lasers used optical pumps but they were limited in their tunability to just a few frequencies, meaning the elevator only went to a small number of floors.

The breakthrough of this research is that Capasso, Everitt and their team used a highly tunable, quantum cascade laser as their optical pump. These powerful, portable lasers, co-invented by Capasso and his group at Bell Labs in the 1990s, are capable of efficiently producing widely tunable light.  In other words, this quantum elevator can stop at every floor in the building.

The theory to optimize the operation of the new laser was developed by Steven Johnson, Professor of Applied Mathematics and Physics at MIT, his graduate student Fan Wang and Everitt.

The researchers combined the quantum cascade laser pump with a nitrous oxide — aka laughing gas—laser.

“By optimizing the laser cavity and lenses, we were able to produce frequencies spanning nearly 1 THz,” said Arman Amirzhan, a graduate student in Capasso’s group and co-author of the paper.

"Molecular THz lasers pumped by a quantum cascade laser offer high power and wide tuning range in a surprisingly compact and robust design,” said Nobel laureate Theodor Hänsch of the Max Planck Institute for Quantum Optics in Munich, who was not involved in this research. “Such sources will unlock new applications from sensing to fundamental spectroscopy.”

“What’s exciting is that concept is universal,” said Paul Chevalier, a postdoctoral fellow at SEAS and first author of the paper. “Using this framework, you could make a terahertz source with a gas laser of almost any molecule and the applications are huge.”

“This result is one of a kind,” said Capasso. “People knew how to make a terahertz laser before but couldn’t make it broadband. It wasn’t until we began this collaboration, after a serendipitous encounter with Henry at a conference, that we were able to make the connection that you could use a widely tunable pump like the quantum cascade laser.”

This laser could be used in everything from improved skin and breast cancer imaging to drug detection, airport security and ultrahigh-capacity optical wireless links. 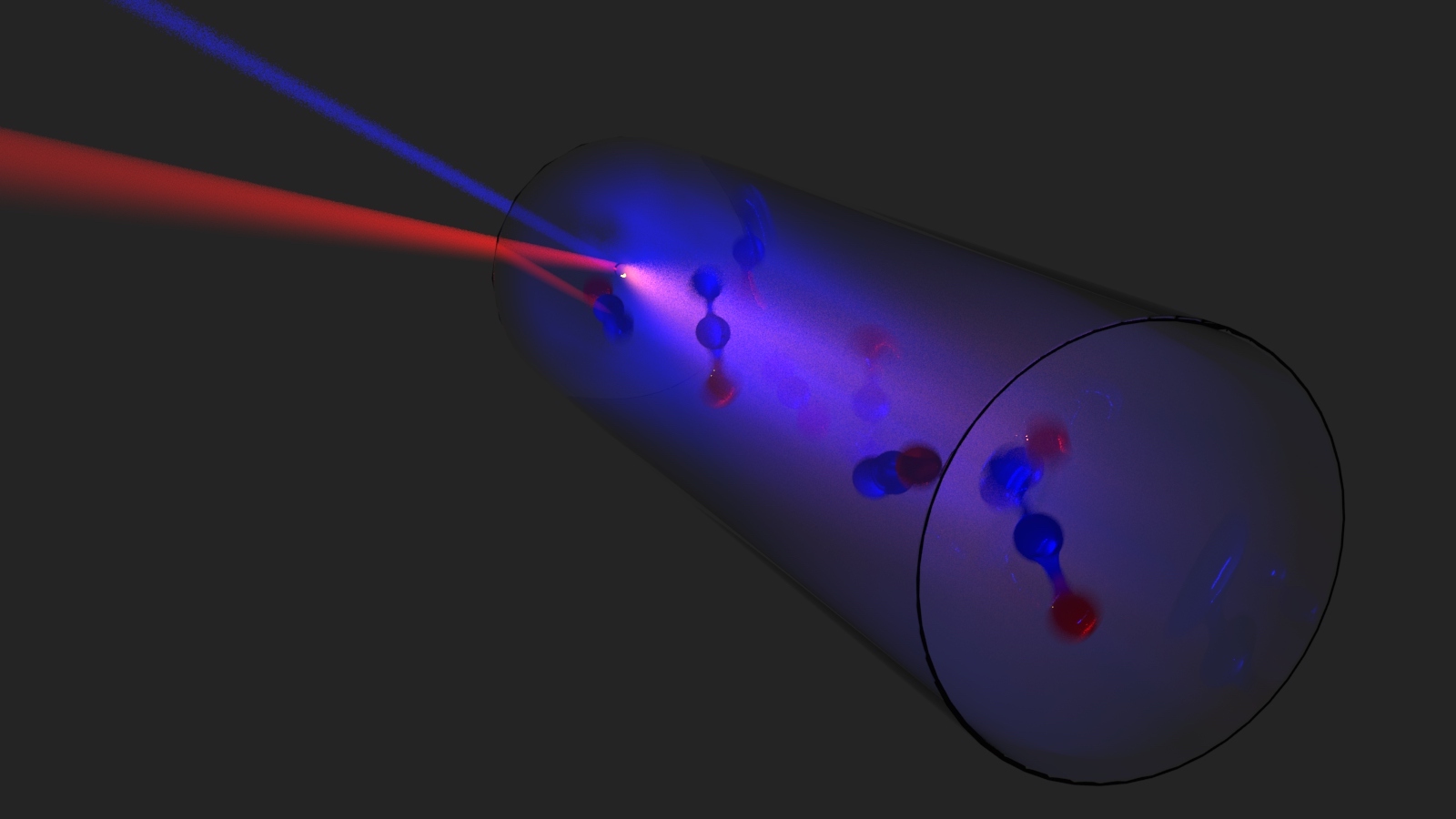 “I’m particularly excited about the possibility of using this laser to help map the interstellar medium,” said Everitt. “Molecules have unique spectral fingerprints in the terahertz region, and astronomers have already begun using these fingerprints to measure the composition and temperature of these primordial clouds of gas and dust.  A better ground-based source of terahertz radiation like our laser will make these measurements even more sensitive and precise.”

The Harvard Office of Technology Development has protected the intellectual property relating to this project and is exploring commercialization opportunities.

The research was co-authored by Wang, Marco Piccardo (Harvard), and Johnson. It was supported in part by the U.S. Army Research Office and by the National Science Foundation.