Toward unhackable communication: Single particles of light could bring the 'quantum internet' 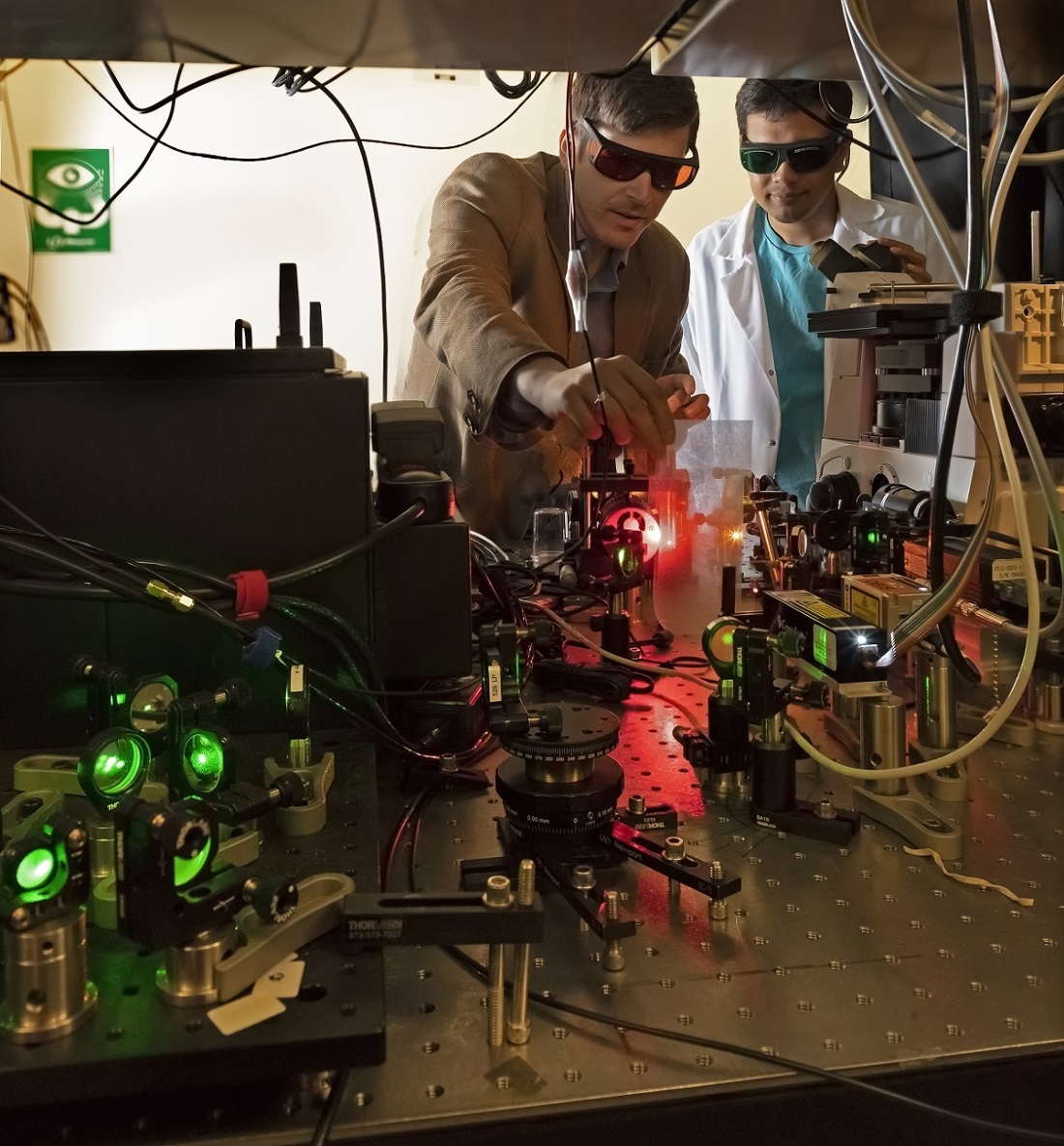 WEST LAFAYETTE, Ind. — Hacker attacks on everything from social media accounts to government files could be largely prevented by the advent of quantum communication, which would use particles of light called "photons" to secure information rather than a crackable code.

The problem is that quantum communication is currently limited by how much information single photons can help send securely, called a "secret bit rate." Purdue University researchers created a new technique that would increase the secret bit rate 100-fold, to over 35 million photons per second.

"Increasing the bit rate allows us to use single photons for sending not just a sentence a second, but rather a relatively large piece of information with extreme security, like a megabyte-sized file," said Simeon Bogdanov, a Purdue postdoctoral researcher in electrical and computer engineering.

Eventually, a high bit rate will enable an ultra-secure "quantum internet," a network of channels called "waveguides" that will transmit single photons between devices, chips, places or parties capable of processing quantum information. 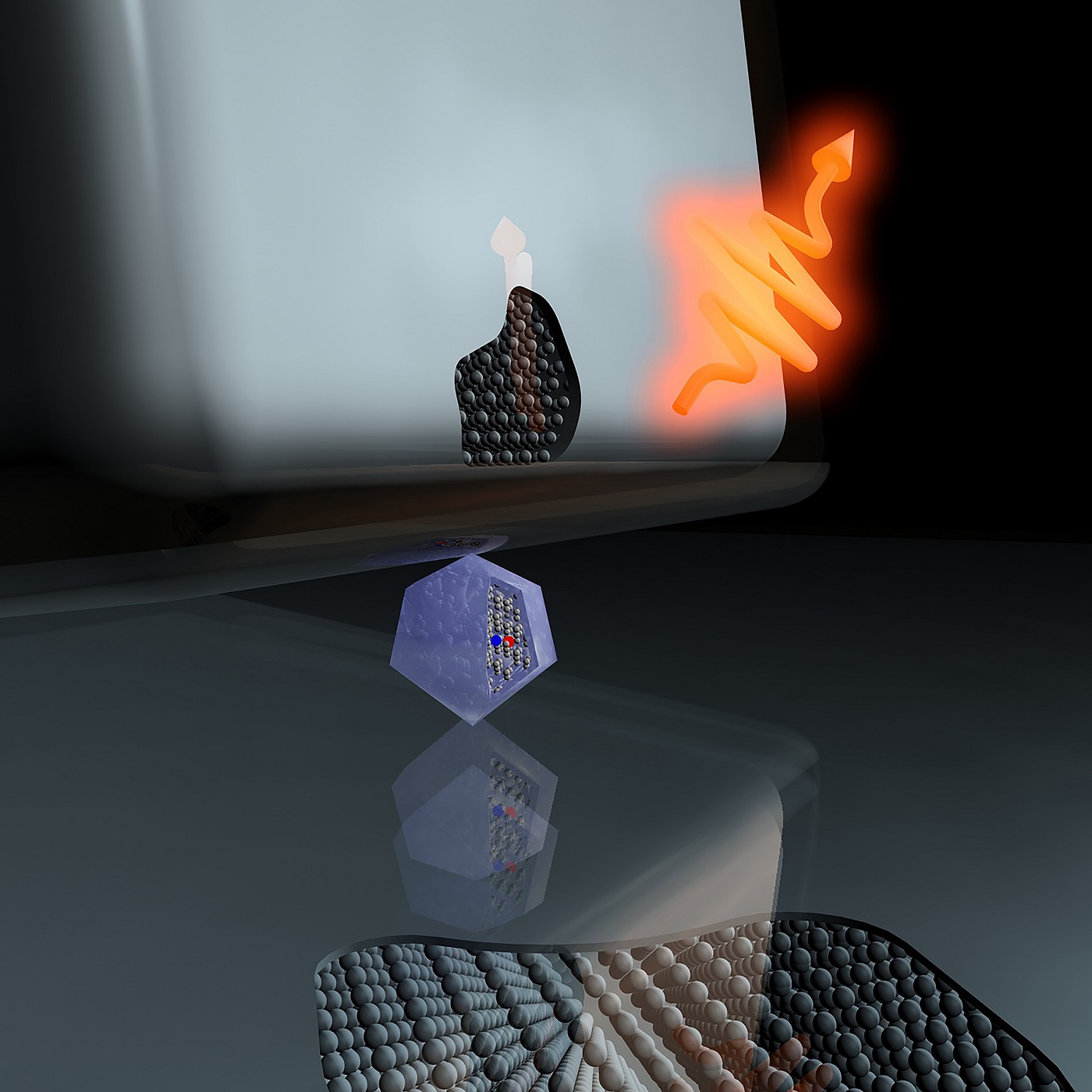 "No matter how computationally advanced a hacker is, it would be basically impossible by the laws of physics to interfere with these quantum communication channels without being detected, since at the quantum level, light and matter are so sensitive to disturbances," Bogdanov said.

The work was first published online in July for inclusion in a print Nano Letters issue on August 8, 2018.

Using light to send information is a game of probability: Transmitting one bit of information can take multiple attempts. The more photons a light source can generate per second, the faster the rate of successful information transmission.

"A source might generate a lot of photons per second, but only a few of them may actually be used to transmit information, which strongly limits the speed of quantum communication," Bogdanov said.

For faster quantum communication, Purdue researchers modified the way in which a light pulse from a laser beam excites electrons in a man-made "defect," or local disturbance in a crystal lattice, and then how this defect emits one photon at a time.

The researchers sped up these processes by creating a new light source that includes a tiny diamond only 10 nanometers big, sandwiched between a silver cube and silver film. Within the nanodiamond, they identified a single defect, resulting from one atom of carbon being replaced by nitrogen and a vacancy left by a missing adjacent carbon atom.

The nitrogen and the missing atom together formed a so-called "nitrogen-vacancy center" in a diamond with electrons orbiting around it.

A metallic antenna coupled to this defect facilitated the interaction of photons with the orbiting electrons of the nitrogen-vacancy center, through hybrid light-matter particles called "plasmons." By the center absorbing and emitting one plasmon at a time, and the nanoantenna converting the plasmons into photons, the rate of generating photons for quantum communication became dramatically faster.

"We have demonstrated the brightest single-photon source at room temperature. Usually sources with comparable brightness only operate at very low temperatures, which is impractical for implementing on computer chips that we would use at room temperature," said Vlad Shalaev, the Bob and Anne Burnett Distinguished Professor of Electrical and Computer Engineering.

Next, the researchers will be adapting this system for on-chip circuitry. This would mean connecting the plasmonic antenna with waveguides so that photons could be routed to different parts of the chip rather than radiating in all directions.