In a Powerful Effort Aspiring to Save Lives 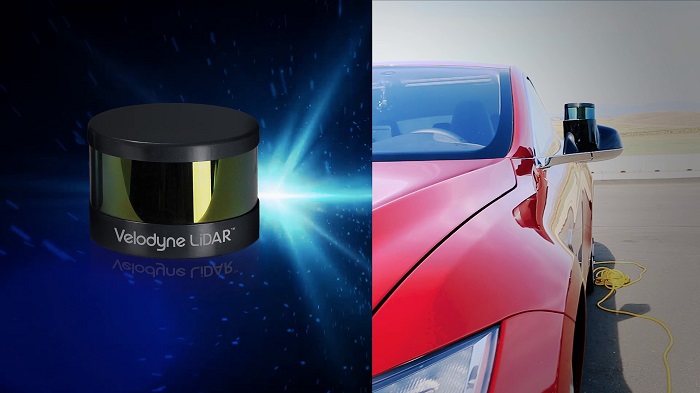 Over the last decade, Velodyne developed four generations of hybrid solid-state LiDAR systems incorporating the company’s proprietary software and algorithms that interpret rich data gathered from the environment via highly accurate laser-based sensors to create high resolution 3D digital images used for mapping, localization, object identification and collision avoidance. Velodyne’s LIDAR solutions are capable of producing 300K to 2.2 million data points per second with a range up to 200 meters at centimeter-level accuracy. The Company’s high performance LiDAR technology has been recognized by global automotive OEMs and rideshare customers as a critical element enabling the development of fully autonomous vehicles.

“LiDAR continues to prove itself as the critical sensor for safe autonomous vehicle operation,” said David Hall, founder and CEO, Velodyne LiDAR. “This investment will accelerate the cost reduction and scaling of Velodyne’s industry-leading LiDAR sensors, making them widely accessible and enabling mass deployment of fully autonomous vehicles. We are determined to help improve the goal of safety for automotive vehicles as soon as possible, as well as empower the efficiency autonomous systems offer.”

“We want the cost to be low enough to be used for all cars. We envision a safer world for the millions of automotive drivers across the globe,” said Marta Hall, Velodyne President of Business Development.

“From the very beginning of our autonomous vehicle program, we saw LiDAR as key enabler due to its sensing capabilities and how it complements radar and cameras,” said Raj Nair, Ford Executive Vice President, Product Development and Chief Technical Officer. “Ford has a long-standing relationship with Velodyne and our investment is a clear sign of our commitment to making autonomous vehicles available for consumers around the world.”

Baidu also shares Velodyne’s vision to promote safety for autonomous vehicles on a global scale, and in particular in Baidu’s home market in China, where Baidu is already testing its fleet of autonomous vehicles. “Baidu is developing autonomous vehicles with the intention to increase passenger safety and reduce traffic congestion and pollution in China,” said Jing Wang, Senior Vice President and General Manager of Autonomous Driving Unit of Baidu. “Our investment will accelerate our efforts in autonomous driving with what, in our view, are the best LiDAR sensors available today and advance Velodyne’s development of increasingly sophisticated LiDAR sensors.”

Velodyne expects an exponential increase in LiDAR sensor deployments in autonomous vehicles and ADAS applications over the next several years, driving high revenue growth. To fulfill the high demand for Velodyne’s products, the company will continue to expand its resources across engineering, operations and manufacturing. In connection with this minority investment round, the Company plans to expand its board of directors to include two independent industry executives. Velodyne remains focused on strengthening its leadership in LiDAR technology development and product commercialization, working with top automotive OEM and rideshare partners to improve global transportation safety and efficiency.

Morgan Stanley acted as sole placement agent for this transaction.

Velodyne LiDAR has emerged as the leading supplier of solid-state hybrid LiDAR sensor technology used in a variety of commercial applications including advanced automotive safety systems, autonomous driving, 3D mobile mapping, 3D aerial mapping and security. The compact, lightweight HDL-32E sensor is available for applications including UAVs, while the VLP-16 LiDAR Puck is a 16-channel LiDAR sensor that is both substantially smaller and dramatically less expensive than previous generation sensors. The company will soon release the “Ultra Puck,” with the specifications similar to the HDL-64, but in a smaller package, designed specifically for the automotive industry. To read more about the technology including white papers visit http://www.velodynelidar.com.