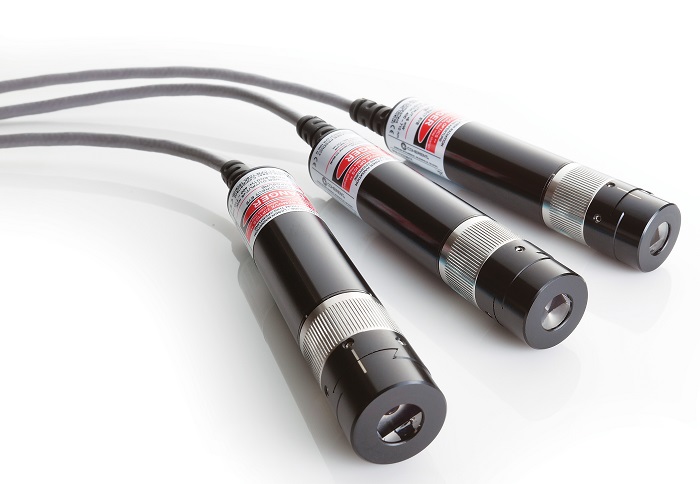 Santa Clara, Calif., September 6, 2016 – A new series of laser line generators from Coherent, Inc. (Santa Clara, CA) enables the detection of smaller features in machine vision applications based on triangulation. Specifically, StingRay µFocus (Micro Focus) lasers feature a linewidth that is 40% smaller than standard Coherent StingRay products (at the same working distance), and can achieve focused linewidths as small as 20 µm, thus providing increased spatial resolution and the ability to discern finer details. Based on cost-effective laser diode technology, StingRay µFocus modules are available at wavelengths of 520 nm, 660 nm, 785 nm, and 830 nm, at power levels of up to 200 mW.

StingRay µFocus laser line generators deliver all the same performance and ease of use features as their predecessors. This includes an industry leading line intensity uniformity specification (±5%), which yields increased measurement speed and greater dimensional accuracy. These lasers also support “dynamic line balancing,” which allows for the correction of any intensity bias in configurations where the laser must be used at off axis illumination angles. To further enhance usability, Stingray µFocus lasers include an internal “health monitor” that indicates when a diode is approaching end of life, thus allowing for planned replacement, and avoiding production downtime due to an unexpected failure.

Founded in 1966, Coherent, Inc. is one of the world’s leading providers of lasers and laser-based technology for scientific, commercial and industrial customers. Our common stock is listed on the Nasdaq Global Select Market and is part of the Russell 2000 and Standard & Poor’s SmallCap 600 Index. For more information about Coherent, visit the company's website at http://www.coherent.com/ for product and financial updates.