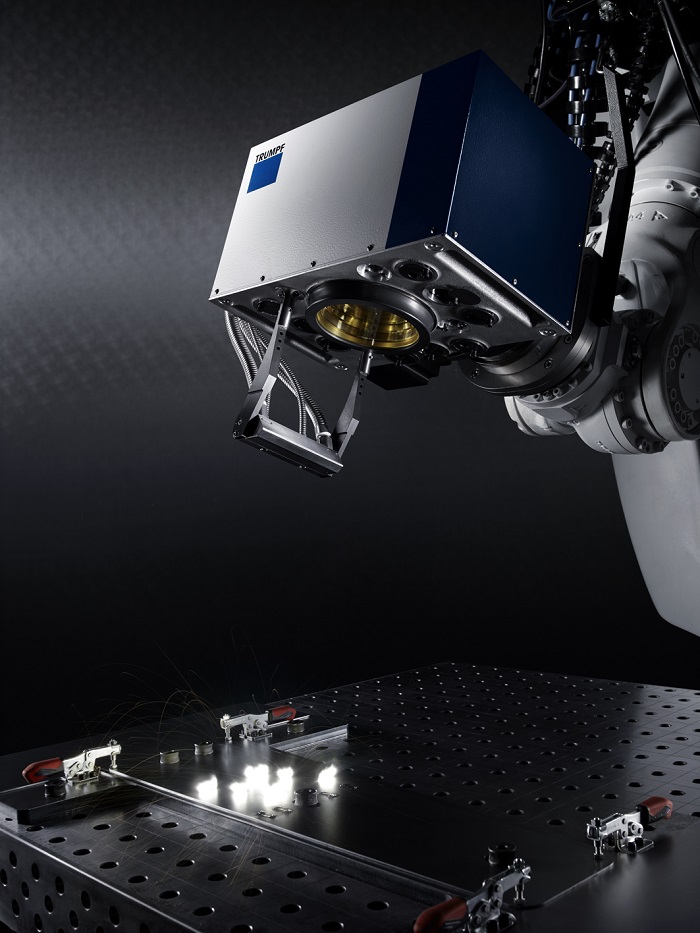 The intelligent scanner optics unit knows its position in the working area of the robot cell and autonomously starts remote processing whenever the geometry and process technology make it possible to do so. Photo: TRUMPF

Ditzingen, August 25, 2016 – The laser specialist TRUMPF has given the latest generation of its programmable focusing optics (PFO) a clever update: the new I-PFO is a so-called intelligent scanner optics. They no longer merely run their programmed sequences, but communicate continuously and in real time with their most important partner in remote processing on the fly – the industrial robot. The robot continuously transmits its position and movement data to the I-PFO, enabling the latter to recognize their own positions in the working area of the robot cell, so that they know precisely where they need to weld, mark, structure or ablate material on the workpiece.

The new TRUMPF I-PFO forms the laser beam to the tool for a wide variety of processes by adapting the focus diameter, depth of focus, image distance and power density precisely to the desired process. With the aid of two deflection mirrors inside the optics unit, the laser beam can be aimed at all positions on the X and Y axes within the processing area for spot or seam welding, for example. The laser practically scans the working area - hence the name “scanner optics”. A likewise moveable lens focuses the laser beam on the Z axis. Neither the workpiece nor the optics unit must be moved for three-dimensional processing. During processing on the fly, the scanner optics unit sits on a freely moveable manipulator, such as an industrial robot. This greatly enlarges the processing area in all three dimensions. For this purpose, the new I-PFO features focal lengths of 450, 900 and 1200 millimeters. The automobile industry is a typical area of use for the I-PFO, for example for laser welding of doors, seats, hatches and other large body parts. 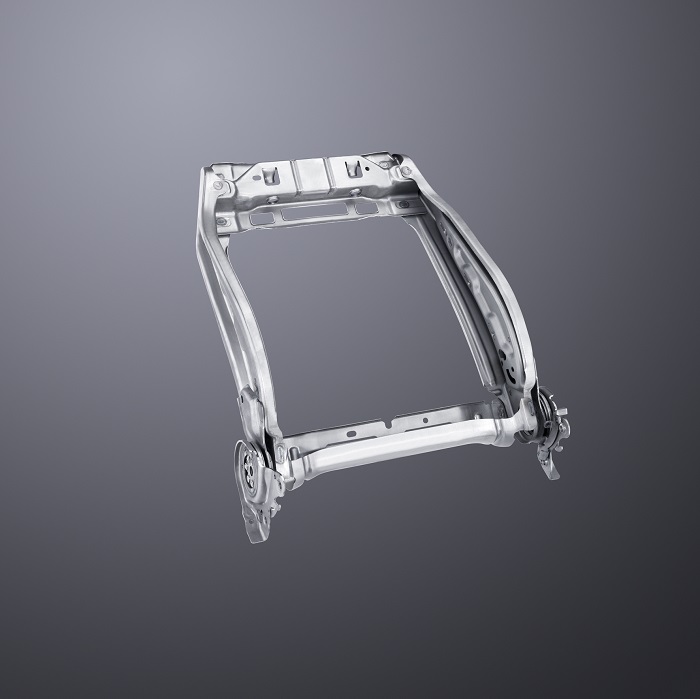 The automobile industry is a typical area of application for I-PFO. Image: A scanner-welded car seat.
Photo: TRUMPF

The intelligence in the I-PFO

The new I-PFO demonstrates its intelligence first and foremost by autonomously starting processing whenever the geometry and process technology make it possible to do so. Up to now, implementing remote processes was very expensive and time-consuming. With regard to partners, the I-PFO unit is flexible: the robot-independent system can be combined with TruDisk, TruFiber and TruMicro lasers up to a maximum of eight kilowatts of laser power and is compatible with all industrial robots that are equipped with a real-time interface for path planning. An external control unit is no longer required. The new technology facilitates the interaction of the robot, optics and laser beam source without any additional hardware or software whatsoever. This not only reduces investment costs, but also minimizes the space requirements for the robot cells. Moreover, several I-PFO units can be operated with a single laser, so that the beam source in the production network is optimally utilized.