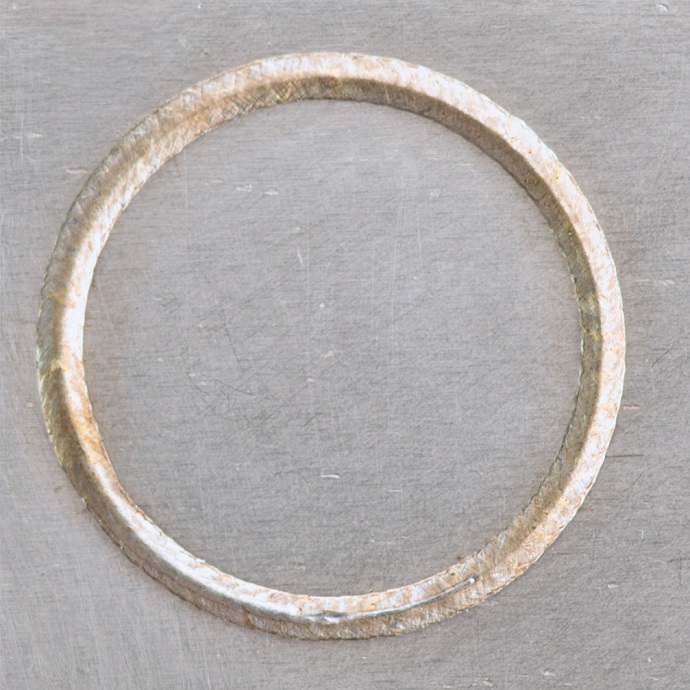 With SmartRamp™, laser parameters are controlled in real-time to produce welds without any such defects. SmartRamp™ works with any weld shape, including circular, rectangular or linear.

SmartRamp™ produces uniform weld penetration along the entire length of the weld. With standard laser welding practice, the laser power is often ramped down at the end of the weld after the start point has been overlapped. This method leaves a noticeable depression at the end point. In many applications this depression is undesirable. In hermetic welds, for example, this depression at the end point can be a leak point. Hermetically sealed electronic packages are widely used in the electronics, communications, automotive, computer, and medical industries. The quality and durability of the hermetic seal in these packages must be high as failure of the seal can lead to corrosion of the package contents and premature failure of the device. The end point defect is also undesirable in welding applications in the aerospace industry. This defect can act as potential stress riser point leading to reduced fatigue and creep strength of the welded component during its service. Conventional laser welding techniques for controlling the overlap, when used, will often require extensive testing to insure that the conditions described above are not present.

By comparison, SmartRamp™ controls laser parameters in conjunction with motion of the beam, eliminating the occurrence of a visible endpoint of the weld. To validate SmartRamp™’s effectiveness, Prima Power Laserdyne carried out extensive metallographic analysis of welds produced using SmartRamp™. These consistently showed the absence of porosity or any other welding defects at the end of the weld. By comparison, metallographic tests carried out on standard welding samples confirmed that the end point can be the site of some porosity and inconsistent weld penetration.

LASERDYNE multi-axis laser systems include a new capability called SmartRamp™ which is useful for a range of laser welding applications (far left picture). The center picture shows the result of standard welding practice, an indentation at the end of the weld. This depression is a potential failure point in the weld. With SmartRamp™, laser parameters are controlled in real-time to produce welds without any such defects (far right picture). SmartRamp™ works with any weld shape, including circular, rectangular or linear.

SmartRamp, which is one of many ongoing significant advancements to Prima Power Laserdyne’s multi-axis fiber laser systems, gives product designers confidence that new designs using the process are more robust with significantly less chance of failure.   It has been developed by Prima Power Laserdyne engineers to be easily incorporated into laser welding program. SmartRamp is a standard feature within the S94P control used on the LASERDYNE 3 to 7 axes systems which include the LASERDYNE 795 and LASERDYNE 430BD laser systems. It will be a standard feature in upcoming versions of LASERDYNE S94P software and available as a standard feature on new systems.   The software when released will also be available without charge to existing customers. “One goal of Prima Power Laserdyne is to continue to produce advancements that help justify the use of laser processing. Our company’s reputation is based on precision processing that is easily accomplished by system users around the world. This is why we will make new features available without charge to our customer base whenever possible” stated Terry L. VanderWert, president of Prima Power Laserdyne.

For more information about SmartRamp™ and the full suite of LASERDYNE laser software and system features: