Instead of completely exchanging expensive components after wear and tear, these can be repaired using deposition welding. Up to now, a gas metal arc welding (GMAW) process has usually been used for deposition welding, with an average feed rate of five kilos per hour. Since the dilution level is around 30 percent, several layers must be deposited, one on the other, until the protective covering is pure enough. Scientists at the Laser Zentrum Hannover e.V. (LZH) have now, as part of the project HoDopp, developed a laser-supported, light arc process, which achieves this in a single layer.

In the conventional process, the light arc burns between the wire electrode and the workpiece, and fuses both. For large area and multi-layer coatings, the process can take up to 24 hours per square meter. On the other hand, in the process used by the LZH, a light arc burns between two wires and melts them simultaneously. The deposition rate can thus be increased to around 7.5 kg per hour. The laser beam, which is used in addition to this, assures layer adherence, and improves the form of the seam.

Low thermal stress on the components
Due to the support by the laser beam, the layer is deposited with a low penetration depth, and the dilution rate is thus under five percent. A further advantage of the process is low heat input. Component deformation is notably lower than with deposition welding using conventional GMAW, and the deposition rate can be increased by around 50%. Since one layer replaces two or three conventionally deposited layers, time and material can be saved for inhomogeneous materials, by half to two-thirds. Thus, productivity and simultaneously the quality of the welding process can be drastically increased.

The project HoDopp: “High-power laser cladding using the twin-wire technique without light-arc transmission and with laser-assisted weld-penetration control” was financed by the Federal Ministry of Education and Research (BMBF). The project was completed at the end of 2014. 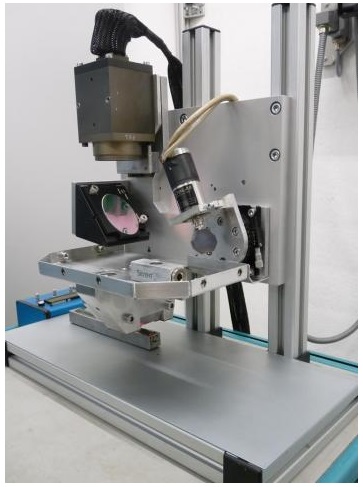 The LZH is presenting the process setup and finished components at the Hannover Messe 2015, at the joint stand of the State of Lower Saxony, hall 2, stand A08.